Casey was watching the Cake Boss cook Chicken Sorrentino on the food network and decided she wanted to make it. She called her friend Maddie who also loves to cook and enlisted the help of Cami to make this recipe.  I bought all the ingredients and they got to work.  Here is the original recipe for  Chicken Sorrentino. 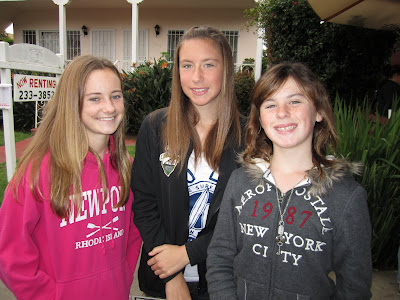 Together they can make anything in the kitchen.
I decided to come up with a gluten free version of the original Cake Boss recipe and it turned out awesome.  We all helped out.
It was fun! 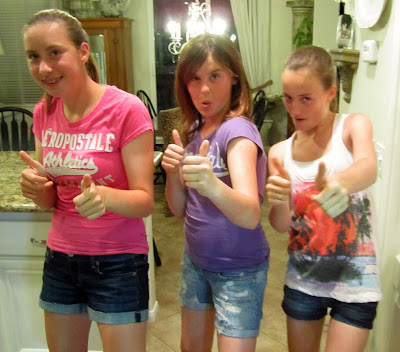 You start by marinating the chicken.
We have found the recipe is much better if you pound the chicken to about a quarter of an inch thick before marinating.  It's much easier to serve, it's easier to layer evenly, it's more tender, and it's easier to eat if you pound it first.
It's not pounded in this picture.  This was our first attempt at this recipe.
It's so good we've made it three times now. 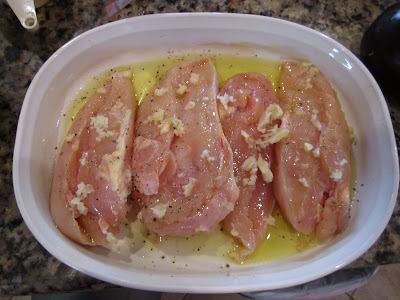 We are growing eggplant, but ours aren't ready yet so we had to buy one. 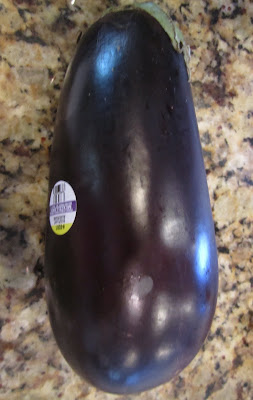 You'll need some of this too. 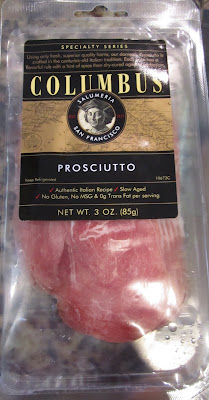 The recipe calls for making your own bread crumbs, but the girls used pre-made ones from the store.
The Changes I Made To This Recipe Are As Follows:
Whether you are making the original version or the gluten free version (GFV) you need to pound the chicken to a quarter inch thickness.  The girls used pre-made bread crumbs.
To Make It Gluten Free.
* I replaced the pasta with fresh spinach.
* I eliminated the flour completely.
* I replaced the bread crumbs with Almond Flour.
Here the girls are battering the eggplant slices in flour, egg, and bread crumbs.  Everyone washed there hands with soap before starting, just in case you were wondering? 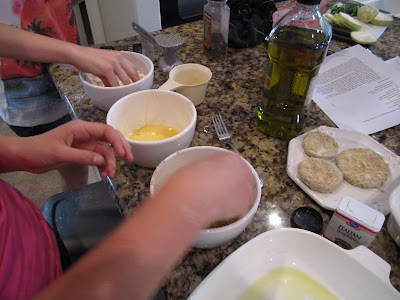 For the gluten free version I dipped the eggplant in egg and battered them in seasoned Almond Flour.
I added the garlic and the seasoning the bread crumbs called for into the Almond Flour. 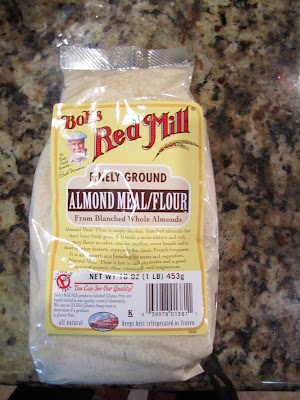 Here the girls are starting the layering of the Chicken Sorrentino
The recipe calls for a bottom layer of pasta. 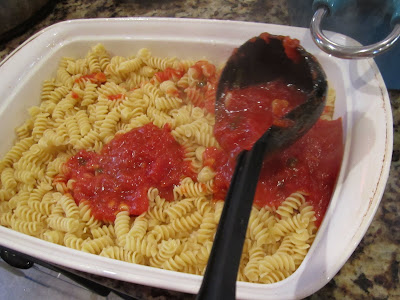 Add the sauce and cheese. 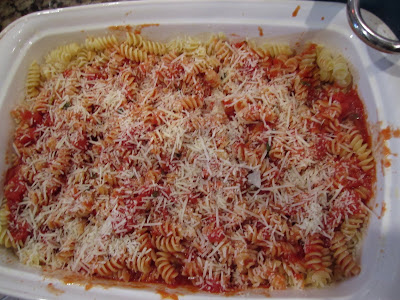 I switched out the pasta for spinach to make the GFV.
The second time I made this I tried it with gluten free rice pasta for this layer, but I like the spinach better. 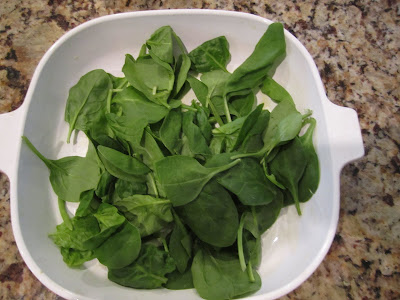 Next the girls layered the chicken, prosciutto, eggplants, sauce, and cheese. 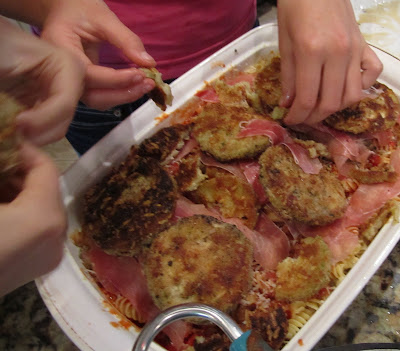 For the GFV I layered the chicken, prosciutto, eggplant, sauce, and cheese.  This picture shows the un pounded chicken.  The next two times I've made this I pounded it. 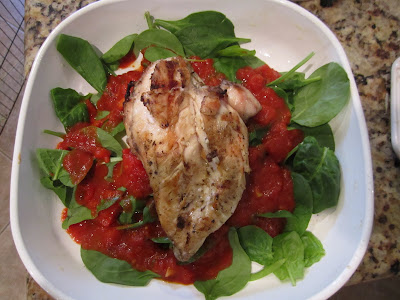 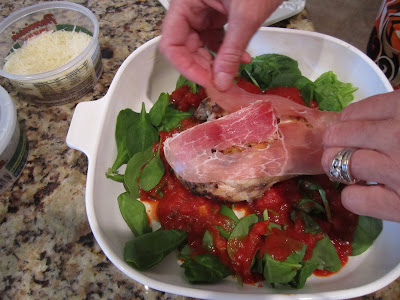 Don't add too much sauce at this point in the GFV.  The spinach "sweats" and there isn't any pasta to absorb the extra moisture.  I serve it with extra sauce after baking. 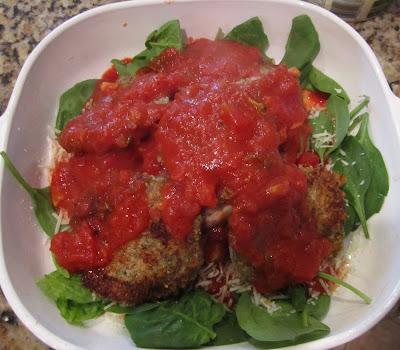 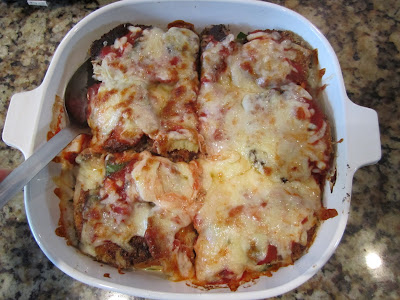 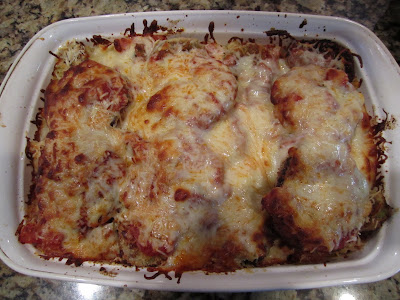 mmm good.
Serve with extra sauce on the side. 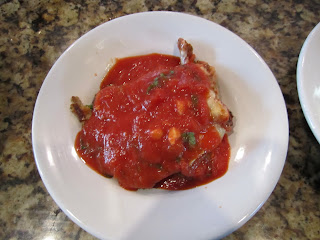 My husband eats gluten and he likes this GFV better.  Don't think he's just telling me what I want to hear.  He's from New York and he ALWAYS tells me exactly what he thinks.  No sugar coating it in our house.
The girls said the original recipe is delicious too.
Do you cook with your kids?  I would love to hear your stories.  Do you eat gluten free?  I would love to hear about your favorite recipes.
Thanks For Checking It Out. 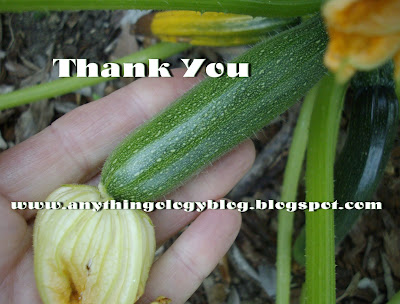