A Sad Goodbye And A New Adventure

Last Friday, my husband Henry retired after twenty one years of serving our community and country.  He loved his job and more importantly, he loved the people and the relationships he had developed over the years.  His retirement was a standing room only event.  Unfortunately the room only accommodated 150 people.  There was a waiting list to get in.   It was a wonderful tribute to the camaraderie and respect his fellow agents had for him.  His friends and co-workers did such a wonderful job making this a memorable event.   It was funny, touching, and tearful all at the same time.  Cami, our youngest daughter, read a letter from her grandma (my husband's mom.)  When I say read, I really mean delivered because she memorized it.  She spoke like a pro with so much poise and maturity for an eleven year old.  We were so proud of her!  I was so nervous for her I forgot to take a picture!  Ugh!  There was a photographer there so hopefully they got pictures?

I overheard one person say they have never seen a retirement like this in their thirty one years as an agent.  He received a two minute standing ovation at the end of the two hour tribute.  Why retire from a job he loves?  An incredible opportunity came along that was too good to pass up.  Jobs like this seldom come around in San Diego.  Timing is everything and we feel so fortunate to have this opportunity.  One of the best things about this is we don't have to leave San Diego!
On to the next adventure.

He starts his new career this coming Tuesday.
Our friend Danny.
He's the one who introduced us nineteen years ago.


After the big day we spent the weekend in Lancaster for Cami's State Cup soccer tournament.  If you haven't been to Lancaster, you aren't missing much.  The city built a massive soccer complex to draw visitors.  Not much else to see or do there, unless you're into watching tumbleweeds roll by.  It was very cold and extremely windy, typical for Lancaster.  It's either blazing hot or freezing cold.  The wind made for some ugly soccer and was massive factor in what side of the field your team was on.  I've never seen so many kids kick and completely miss the ball.  I think the highlight of the trip for Cami was running up and down the halls of the hotel and playing hide-and-go seek with her teammates.  Before you go judging my lack of parenting disciplinary skills, just know the hotel was full of other soccer teams all doing the same thing!  There was chaos and mayhem everywhere. 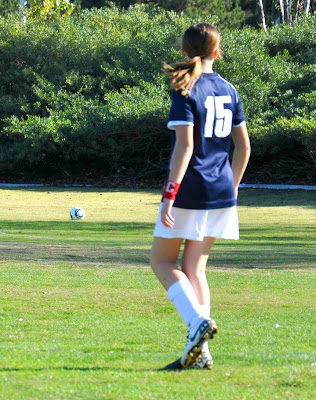 We drove back to San Diego on Sunday night and then on Monday we dropped our girls off with my parents.  My husband and I spent two days celebrating his retirement at the Hotel Del Coronado.  We got married at the Del and haven't been back to stay since.
It's one of the most romantic and beautiful hotels.
If you ever get the chance to stay here, jump on it. 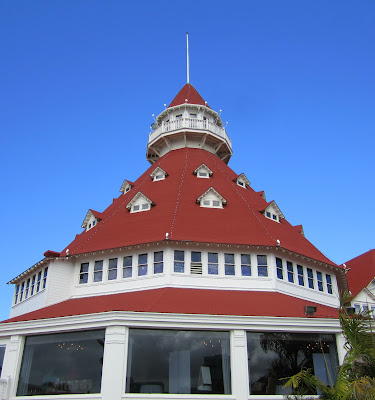 We came home for one night and then were off to our third hotel in one week.
We had a party in downtown San Diego for Henry.  It was good to celebrate with old friends and colleagues.  Friends from Virginia and D.C. flew in for the party. 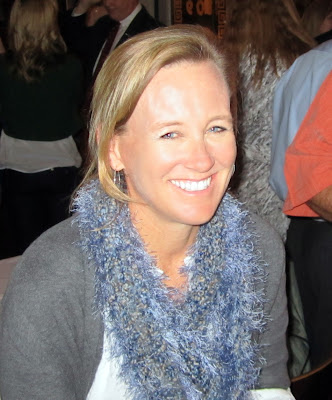 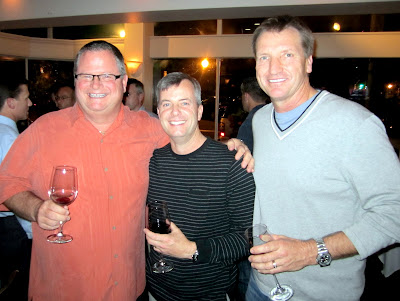 I haven't been home long enough to work on any projects lately.
All the coming and going has left my house in a shambles, but it was fun! 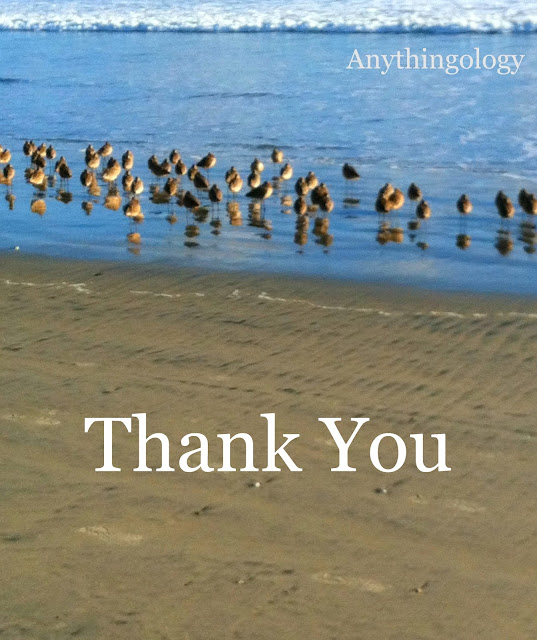