My husband got me an iPhone for our 16 anniversary this past April.  My old phone wouldn't charge anymore and I was due for an upgrade.  You might think this is a strange anniversary present, but it's what I wanted and needed.  We went together and picked it up one Sunday afternoon.  I'm not very "techy" and so far I only have four Apps.  I first heard about this App. on Thrifty Decor Chick and I'm addicted!  It's called Craigs Pro. 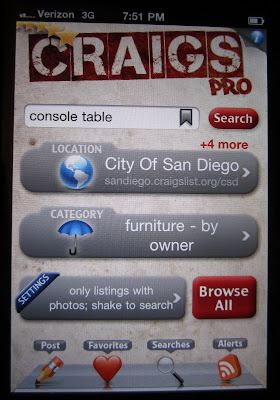 It's faster and easier to do searches on my iPhone using this App than it is using my computer. I've already bought two pieces of furniture using my phone.  I like it because you can view items on a photo wall and browse the pictures quickly. 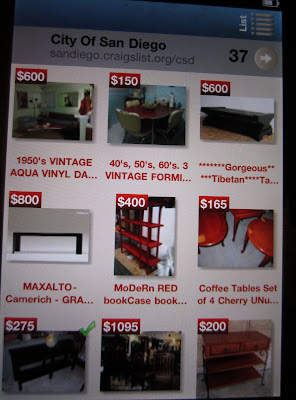 I'm redoing my daughter Cami's room as part of her 11th Birthday present.  she needed a new dresser and I found this one.  The previous owner was asking $125, but she sold it to me for $75.  Solid wood with dove tail construction.  This is the "before" picture.  Me like!  I'll show you the after pictures in a later post. 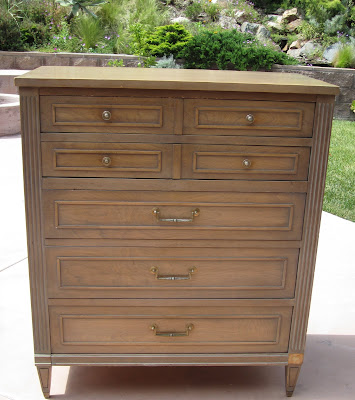 I sold this armoire on Craig's List to make room for the new dresser.  We've had it since Casey was a baby.  It's perfect for little girl clothes, but not a 5'5" 11 year old. 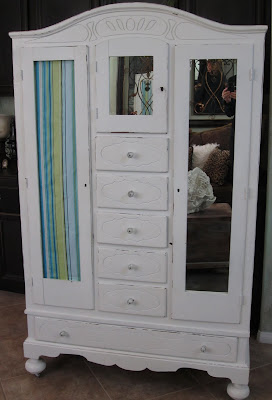 I put these Container Store shelves inside for baby clothes.  I will miss this armoire, but it's going to a good home, a young family with a 2 year old little girl and another baby girl on the way. 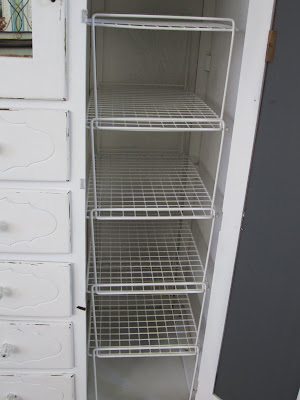 I found this Bamboo chair and ottoman for Cami's room for $30 this past week.
The "after" turned out so good I'm trying to talk Cami out of it.  I like it right here in my family room, but it's for Cami.
This is the before.
I know, scary fabric from the 80's, but look past the dated fabric and check out the great lines of this chair. 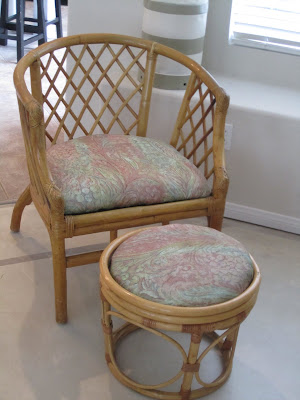 I'll show you the "after" in a later post.﻿
Do you shop and sell on Craig's List?  Or do prefer another source for great deals?
Thanks for checking it out. 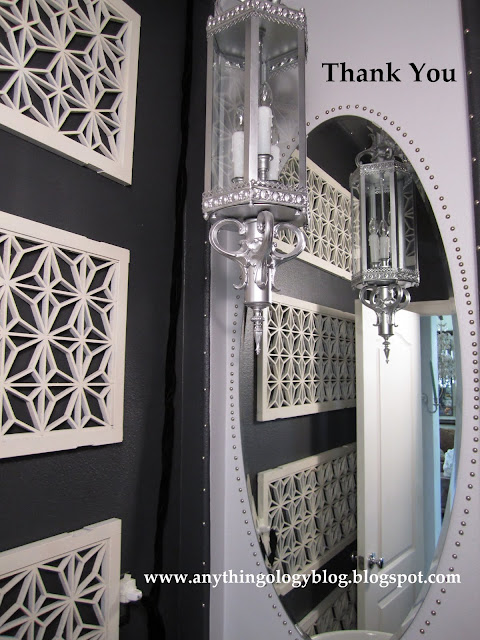