The Kid's Ocean, I Mean Bathroom

I have many projects planned for 2011. When we first moved into our track home ten years ago I painted the kid's bathroom to look like an ocean. The girls were one and four when we moved in. I know the day is coming when they will have outgrown their Ocean Bathroom and want a different look. Redoing this bathroom might be one of my 2011 projects. It's only paint and I don't get too sentimental about my mural projects. 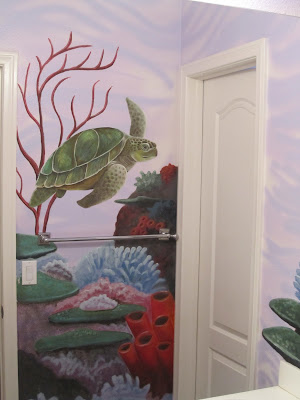 The movie Finding Nemo was big around the time I painted this. The ocean theme works for both boys and girls. I didn't know how long we would be in this house so I played it safe with a gender neutral theme. If you want to create an "Ocean" in your kid's bathroom, I'll take you through the steps. I started by taping plastic over everything I didn't want paint on, tile floor, molding, doors, sinks, counters, lights, etc. I used a paint sprayer to achieve the background and didn't stop at the walls. The entire ceiling is painted too. 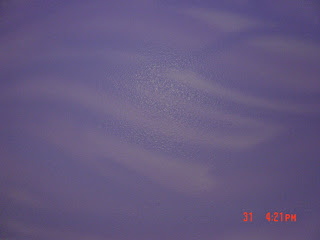 I used two different colors of a lavender blue (the same as their bedroom at the time) to tie the two rooms together. Their bedrooms were re-painted awhile back. The prep. work took about an hour to cover everything in plastic. The actual painting took all of five minutes. I bought the cheapest paint sprayer and used my dad's air compressor. The paint sprayer died a long time ago.

This created my ocean back drop for the coral and animals. 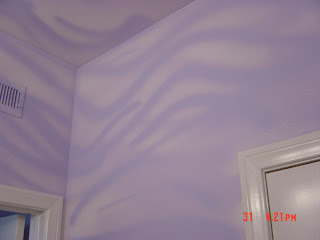 I painted the animals using basic acrylic paint and used pictures from sea life books as my inspiration.
I added painted jellyfish 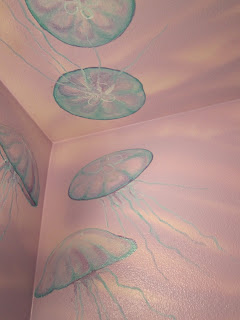 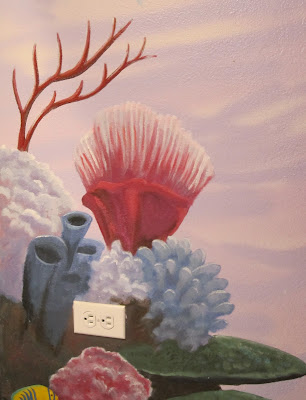 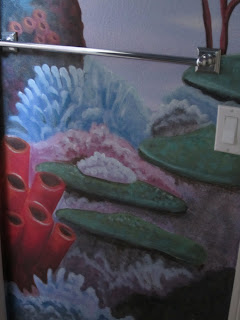 I painted a seal silhouette on the ceiling above the sinks. 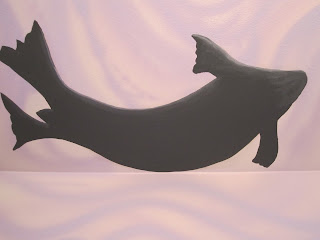 and a shark in the shower area.

The shark caused some problems. 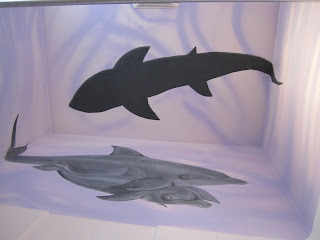 It took me awhile to figure out the reason Cami didn't like bath time? She was afraid of the shark. I explained to her he was a nice shark and the friendly dolphins would protect her. I even offered to paint a smiley face on the shark, but she didn't like that idea either. For years she used our bathtub and shower. 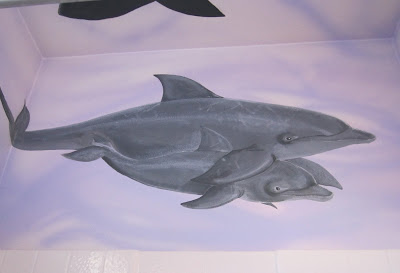 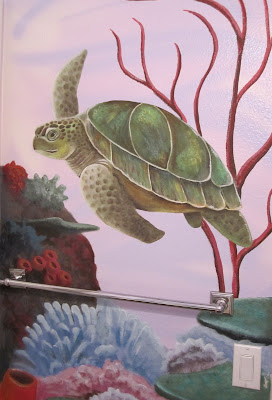 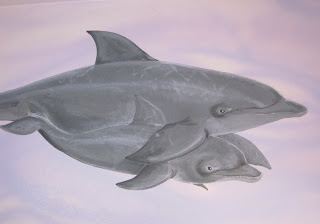 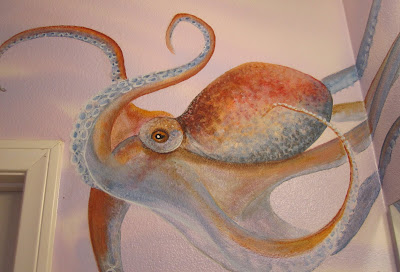 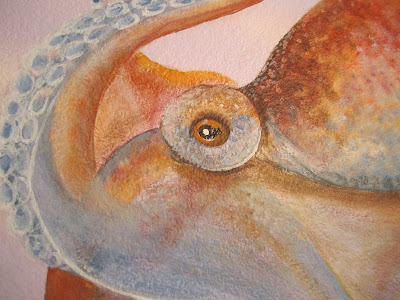 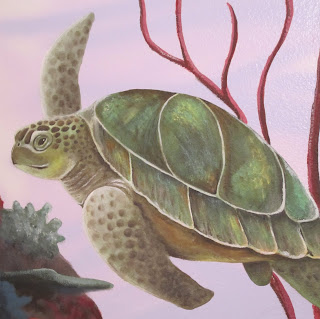 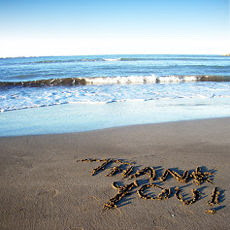